The wife and I went out to see True Grit tonight.  It was playing at the

Apollo Theater in Oberlin.  It’s a great old theater with a big screen and on Thursdays the price is only three dollars.

I really enjoyed this version.  It seemed more real and the actors dissolved into the characters.  In the original John Wayne was always John Wayne but in this Jeff Bridges was Rooster Cogburn.  The young girl playing Mattie was only thirteen while filming (playing a fourteen year-old) while Kim Darby in the original was twenty.

This movie had some scenes that were gory and I found myself turning away at one scene.  The best scene is where Mattie bargains with a businessman who is stealing from her.  The dialogue shines and showed that it was a Coen Brothers film.

Afterwards I heard a lot of people compare Jeff Bridges to John Wayne.  I think the film stands on its own.  I really enjoyed it and recommend it. 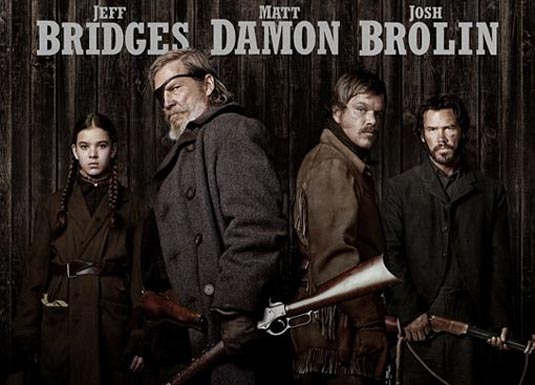